What is preventing the sexual revolution from accessing every child in the state?

Parents are the main barrier between the radical sexual ideology and children.

What Are Parental Rights?

Parents have the Biblical responsibility, and thus the right, to provide for, protect, nurture, and disciple their children. (Deut. 6:4-9, Eph. 6:4, 1 Tim. 5:8) The government was instituted to protect our God-given rights, including the rights of parents to the care, custody, and control of their children. The United States Supreme Court has affirmed: “the child is not the mere creature of the State; those who nurture him and direct his destiny have the right, coupled with the high duty, to recognize and prepare him for additional obligations.” Id. (citing Pierce v. Society of Sisters, 268 U.S. 510, 534-35 (1925)).

For most of United States history, a parent’s right to the care, custody, and control of their children was assumed. However, the assumption that now influences our policy makers is that children are wards of the state, and can be given to or taken from parents at will.
The rights of parents are now being circumvented in the education system and in the medical field. Messages are being promoted through media that encourage children to distrust their parents and assert their autonomy. Policies are being written that are chipping away at the rights that parents assume they safely possess.

Many parents, including some of our clients, are rightly concerned that the government has violated their fundamental right to direct the upbringing, education, and care of their children. They want school boards to remove politics from the classroom and get back to academics. They have the right to express those concerns to elected officials and shouldn’t live in fear of government punishment for doing so.

It is important to know the policies that directly affect parental rights, expose and alert others to these threats, and take action - the rising generation needs you!

WHAT CAN YOU DO?

MAKE THE PLEDGE TO PROTECT DE KIDS AND SUPPORT PARENTS

Parental Rights Threatened at Your child's school? Tell US!

Know What's Happening in Delaware and around the country.

The Trans Ideology -- the Irreparable Harm to Children

What To Do About It: Take Action Here 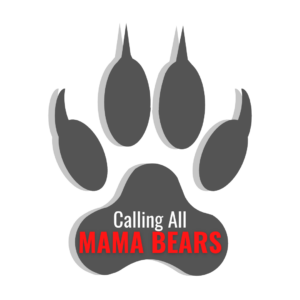 Educate yourself on the issues that threaten to come in between you and your children.

Be alert and involved. Know what's happening in your child's school. Know who is on your school board and what policies are being passed.